The traditional owners of the land around Cadia Valley are the Wiradjuri people.

The Cadiangullong Valley was covered with open forest and woodland, rich in both plant and animals species. It was a varied landscape with high ridgelines and spurs, steep sided valleys with creeks forming rock pools and rock platforms, as well as river flats, leading to the more gently rolling landscape to the south.

Small campsites were located beside many of the creeks flowing south off the high ground, including Cadiangullong, Cadia, Hoares, Copper Gully and Rodds Creeks. However the area around Cadia has revealed little evidence of permanent Aboriginal occupation.

When the land was opened up to European settlement, the pastoralists were attracted to the best land. This caused hostilities between the Aboriginal people and the new settlers. Throughout the region, the Wiradjuri people were displaced and the Aboriginal population decimated. By the 1840s and 1850s the traditional Aboriginal way of life was in rapid decline. Nonetheless Aboriginal peoples still retain a strong connection to the land. 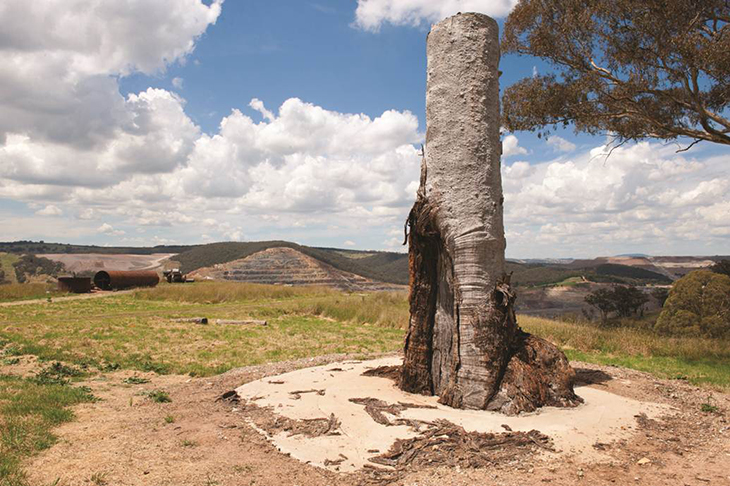 This Aboriginal scarred tree clearly shows how the bark has been cut out to make a shield or other piece of equipment. It has been relocated from its original position in advance of mining operations and is now in the process of conservation (Edward Higginbotham, 2009).